The Orchestra of Northern New York Resumes Programming with A Streamed Concert: Baroque and Beyond 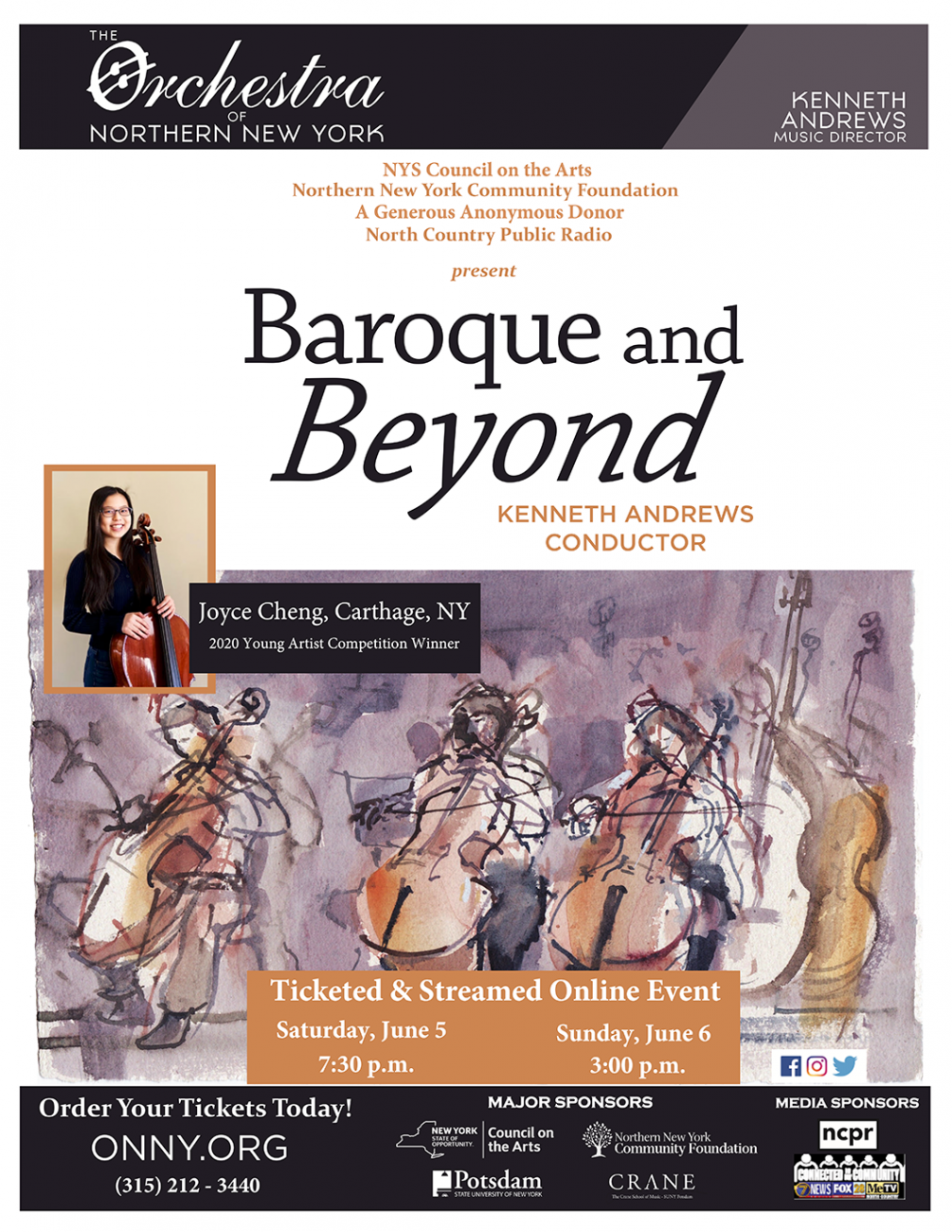 POTSDAM – The Bravura Baroque Orchestra of The Orchestra of Northern New York presents a concert this week that goes beyond the Baroque time period and includes music from the Classical period, the 21st century, and a set of dances written in the style of the 16th century Renaissance.

Baroque and Beyond, conducted by ONNY Founder and Music Director, Kenneth Andrews, is a ticketed streamed event that may be seen online Saturday, June 5 at 7:30 p.m. and Sunday, June 6 at 3:00 p.m. The concert was rehearsed and recorded in the beautiful Roman Catholic Church of St. Mary in Canton, New York.

Tickets for this streamed event are discounted 25%, allowing anyone to enjoy the program from the comfort and safety of their home. Tickets for adults are $20; seniors and military personnel $16.50; college students $7.50; teens (13 to 17) $4; and as always children (12 and Under) are admitted FREE. A new family rate of $25 for streamed concerts is available for the first time this coming weekend.

Junior high and high school students from Northern and Central New York compete each winter by performing a piece of their choosing from memory. The winner receives $500 and the opportunity to solo with the North Country’s professional symphony orchestras.

Baroque and Beyond is sponsored by the New York State Council on the Arts, Northern New York Community Foundation, and a generous anonymous donor. North Country Public Radio and WWNY TV are media sponsors.