A Black Bottom Line Thanks to Individual & Business Donors, Foundations, and NYSCA

The generous support of 292 individuals, businesses, organizations, foundations, and state agencies totaled $124,541 or 52% of 2019 total income, making it possible for ONNY to finish the year in the black.  These donors enabled the Orchestra to bring high quality orchestra music to the North Country.

Their generosity allowed ticket prices to remain affordable, with discounted tickets for seniors, military personnel, college students and teens. Children, age 12 and under, are always admitted free to ONNY concerts.

The Sweetgrass Foundation kindly funded a much-needed project, the re-organization and renovation of one of ONNY’s greatest assets, its music library.

The Northern New York Community Foundation continues to demonstrate its support for ONNY in many ways. Once again last year, it awarded $15,000 to The Orchestra to help defray the cost of producing the Watertown concert series. In June, it bestowed a $10,000 matching grant to grow ONNY’s endowment.  Since last June, $3,945 in private donations to the endowment have been matched by NNYCF. Finally, in August, NNYCF authorized a $15,000 grant from the Sidney T. Cox Memorial Fund, held by NNYCF, to fund the season opening concert in Clayton.

To contribute to the endowment matching campaign, contact Executive Director Kathy Del Guidice at onnybusiness@gmail.com or 315-267-3251.

The New York State Council on the Arts approved a three-year $57,000 grant, payable at $19,000 per year, for musicians fees. ONNY strives to hire the best musicians in the region to perform for its audiences.

Finally, ONNY learned in December that its application for a Workforce Development grant to transition its part-time executive director position to a full-time one was approved. The $37,500 two-year grant was issued by the New York State Council on the Arts and Regional Economic Development Council (NYSCA/REDC).

On behalf of the entire Board, thank you to all our supporters. We simply couldn’t do it without you! 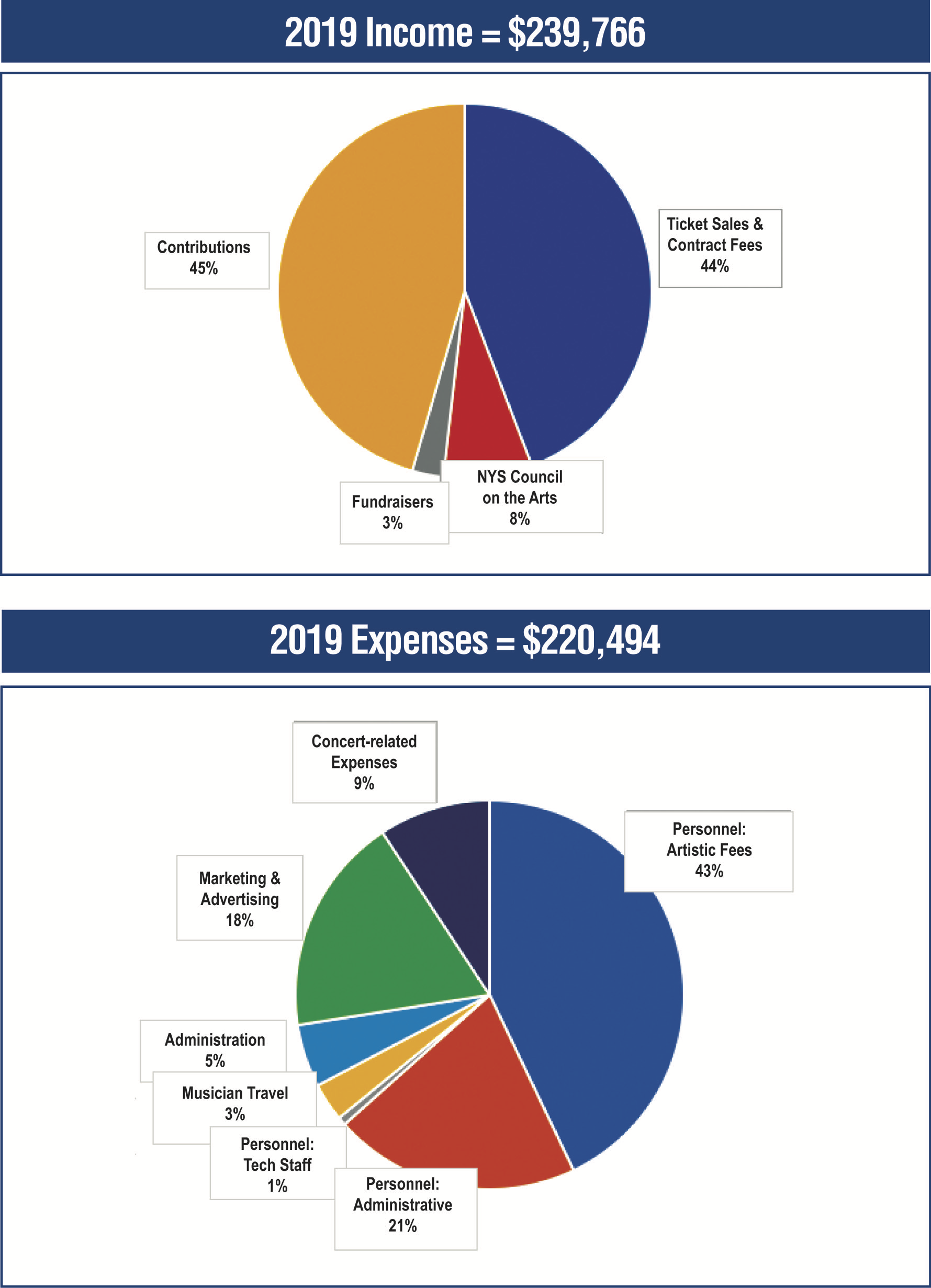